Call or Text Us Today! 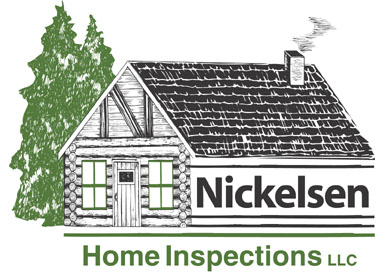 What Is a Home Inspection?

So you’re looking to get a home inspection done, or perhaps you have one scheduled. It seems rather straightforward, right? A home inspection is an evaluation of the home you own or are looking to purchase so that you know all the problems moving forward. Right? Well, there’s a little more to it than that.

Spending a few minutes reading this will the consumer understand what a “home inspection” actually is, putting them in a position of knowledge and ensuring that their inspection goes smoothly.

Definition: A “home inspection” is a cursory/non-technical, non-invasive, visually-based examination of the readily-accessible areas, systems, and components of the property as they exist on the day of the inspection and as outlined in the Standards of Practice (SOP) adopted by or used by the home inspector. It is accompanied by a SOP compliant written report.

Let’s break that down line by line:

Non-Invasive: Other than those things specified in the Standards of Practice, the home inspection is non-invasive—the property is not dismantled in any way during the inspection. What exceptions would be at play? The cover to the electrical panel is removed, for example, during an inspection. This would be “invasive”. While there are exceptions set forth in the SOP’s, they are just that—exceptions, and they don’t remove or diminish the inherently non-invasive facet of the definition of a “home inspection”. What else does it mean? It means that furniture and decorations are not moved or disturbed during the inspection. If “Problem X” is behind a wall, or under a couch, it is going to be beyond the scope of the home inspection process.

Visually-Based: This is related to the “non-invasive” facet above. The primary “tool” that a home inspector brings to the property is a set of well-trained eyes. We need to be able to clearly see a problem or clearly see indications of a problem for it to fall within the domain of a “home inspection”.

Readily-Accessible: This plays directly off of the “visually-based” facet above. If a portion of the property is not accessible because it is blocked by a closet full of storage, or a garage packed to the rafters, it is beyond the scope of the home inspection.

Day of the Inspection: Inspectors are not prophets or fortune-tellers. For a problem to fall within the province of a home inspector and to be captured in their report, it must be manifest at the time that the inspection is performed—indeed, at the time that the particular area, system, or component is inspected during the inspection. Intermittent problems with that garage door opener must be manifesting while the inspector tests it, for example. For water to be documented in a crawl space, there must be water in the crawl space, which means that home inspected in August might have yielded different results if inspected in February. That roof leak that only shows up when it has been raining for days on end isn’t going to be manifesting clearly in July, and it is going to be outside of the scope of the inspection.

Standards of Practice: Most states now have SOP’s which govern the home inspection process. They at the very least set a basis or a floor for what a home inspector does when performing the process. Oregon and Washington have such standards in place, and the combination of them is what we use at Nickelsen Home Inspections when performing our services, which enables us to perform the same service on each side of the Columbia River. Our inspections do in fact go beyond those standards, but without redefining the inspection itself. The Standards outline not only what the procedure is, but, importantly, what is and what is not included in the home inspection. Included? The roof covering, the siding, the foundation, the electrical panels, the water heater, and the like. Not included? Many ancillary features of a home including but not limited to surround sound systems, satellite dishes, sprinkler systems, central vac systems, pool equipment, septic tanks, and the like. It is critical that the consumer familiarize themselves with the Standards of Practice, which we provide to all of our clients ahead of time. If you haven’t yet received a copy or would like a copy to review, feel free to let us know and we will email that out to you.

Written Report: Finally, the home inspection isn’t complete without a written report documenting the condition of those areas, systems, and components that were visually inspected and readily accessible during the inspection. This report may include some minor to moderate problems with the property. However, and this is crucial, the inspector is not there to document such things. They are there to document “major defects” as determined by the inspector who is being hired not only for their professional objectivity, but for their professional subjective opinion.

Some practical ramifications of what has been said:

Nickelsen Home Inspections, LLC, originating out of Inspection Consulting, INC, which was established in the 1990's, is one of the most tenured and experienced inspection firms in Washington or Oregon, and is proud to be a family-owned operation. Performing inspections from the coast (Astoria, Newport, Lincoln, Long Beach, and more) to the valley (Portland, Salem, Olympia, Seattle), to the mountains (Hood River), and the high desert (Wenatchee, Bend, Yakima), and up through the Olympics (Bremerton, Port Angeles, Port Townsend and more), NHI is willing to travel far and wide for our clients and have been doing so for over two decades because they have asked! Nickelsen Home Inspections performs residential and commercial property inspections, as well as radon testing, sewer scopes, moisture intrusion inspections, construction draw, termite inspections, infrared thermal imaging, pest and dry rot inspections, NPMA-33 inspections, WDO inspections and more. If you are looking for experienced home inspectors, performing over 1,000 inspections a year, from a family-owned firm, you have come to the right place.